My parts arrived last night, and that means that the Super Sprint might be about to open her eyes for the first time in 10 years.  To be replaced are a 3.3ohm resistor (R601), a horizontal output transistor (2SD870), and voltage regulator (STR380). 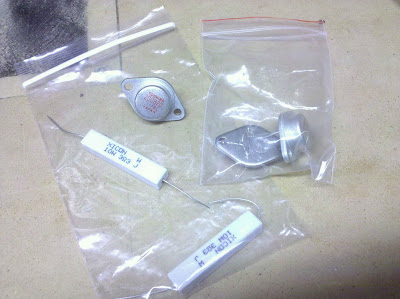 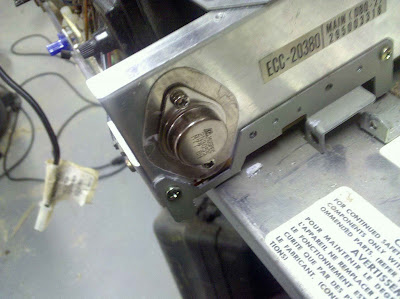 Then the voltage regulator. That's the quarter sized component
located in the square metal box. 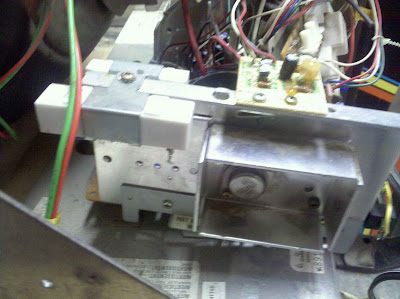 And last, the open power resistor (3.3ohm, 10W) that sits between the rectifier and
the voltage regulator. In this picture, that's the smaller white rectangular
component bolted to the chassis on the right. 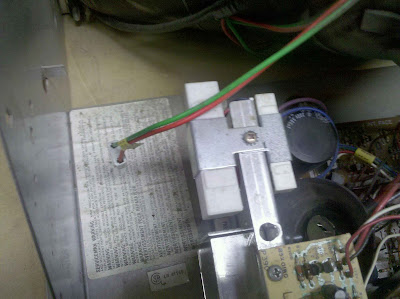 With the repairs completed, it's time for a power on test. And......  No joy.
Quite the opposite in fact. The large power resistor (R503 - 180ohm, 25W)
became very hot and the output transistor blew again. Looks like it's the
flyback after all.  Now to go find one of those. Man is working on 30yr
old technology a challenge...

EDIT: Found a reproduction K4900 flyback thanks to Chad at ArcadeCup.


If you've made it this far in the series, you're probably a geek. If so, you can find the technical details of the repair on the KLOV forum
Posted by Philip Doolittle at 10:12 AM
Email ThisBlogThis!Share to TwitterShare to FacebookShare to Pinterest
Labels: 19K4915, Atari, monitor, repair, super sprint